Anna University, Chennai was established in 1978 as a unitary type of University. It offers higher education in engineering, technology and allied sciences relevant to the current and projected needs of the society. Besides promoting research and disseminating knowledge gained therefrom, it fosters cooperation between the academic and industrial communities. The University was formed by bringing together and integrating two well-known technical institutions in the city of Madras.

The Anna University, which is of the affiliated type, is a member of the Association of Indian Universities, the Association of Commonwealth Universities and Partner of UNESCO International Center for Engineering education (UICEE). UGC have accredited Anna University with five star status in 2002 which is the highest rating. With proven capabilities both in academic and research areas, university was able to receive this honor for a period of five years for excellence in Technical Education.

Anna University was split in 2007 to form six universities –

It is situated in the southern part of the city of Madras, the University’s main campus extends over 100 hectares abutting the Adyar River on the north and Raj Bhavan on the south. The Madras Institute of Technology at Chrompet constitutes the second campus of the University which extends over 20 hectares. A third campus extending over 80 hectares is located at Taramani near the Instronic campus, Adyar.

Facilities available in the University –

MBA (Business Management) – Stands for Masters of Business Administration(Business Management. This is typically a two year course. Eligibility for this course is minimum 50% in graduation (any stream). MBA(Business Management)focuses on developing general management skill as required in the industry. Subjects studied under this degree are Accounting for Financial Analysis, Organizational Behavior, Management Science, Business Environment & Ethics and Managerial Accounting & Control etc.

This information has been collected from institute / university website or by contacting the institute on phone. Trade Marks belong to the respective owners.

Are you Interested in studying at Anna University, Chennai ? Fill in your details below and we will connect you with the institute.

Are you interested in taking admission in any distance learning program? Apply now admissions are currently open. 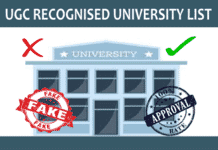 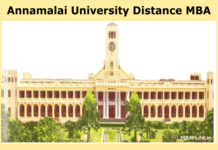 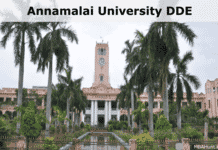